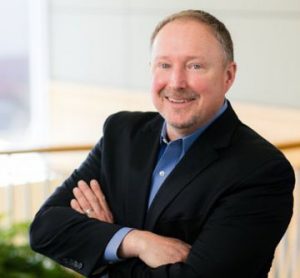 Craig was appointed Windtree’s President and Chief Executive Officer in February 2016 in addition to joining as a member of the Board of Directors.

Craig brings more than 29 years of experience as a leader in product development and commercial operations and in building biopharmaceutical and device businesses for both startups and larger companies. Prior to joining Windtree, Craig held executive positions at several biopharmaceutical companies, including as Chief Operating Officer at Novelion (AEGR) Therapeutics, Vice President of Global Disease Areas at Pfizer, Vice President and Global Business Manager at Wyeth and Vice President of Sales & Marketing and Commercial Operations at Johnson & Johnson / Centocor. Craig is a veteran of both the U.S. Marine Corps and the U.S. Army.

Steve was appointed Windtree’s Vice President of Clinical Development in May of 2014 and has served as the Company’s Senior Vice President and Chief Medical Officer since October 2014.

Steve brings a significant background in pulmonary critical care, with more than 25 years of medical practice and pharmaceutical industry clinical trial expertise including all phases of drug development. Prior to joining Windtree, Steve held executive positions with several companies including Executive Director in the Molecular Development Group at Covance, Vice President of Clinical Development at Agennix, Inc., and various positions at AstraZeneca, where he spent 15 years in medical and clinical leadership.

Steve received his medical degree from the Medical College of Wisconsin, his Masters of Health Sciences degree in Biometry from Duke University School of Medicine, and completed his training in internal medicine followed by a fellowship in pulmonary and critical care medicine at Duke University Medical Center. 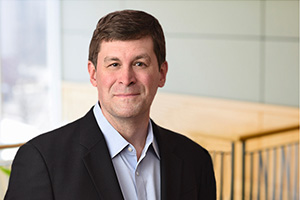 Eric joined Windtree in March 2020 having most-recently served as the Chief Executive Officer and President of Centurion Biopharma Corp. (Centurion), an oncology research and development company and President and Chief Operating Officer of CytRX Corporation, a biopharmaceutical company and Centurion’s parent company, since February 2018. Prior to joining Centurion, Eric served as Principal of Curtis Biopharm Consulting, where he provided strategic consultancy services to a variety of healthcare-focused companies, including Windtree, from May 2016 to January 2018. From 2014 to May 2016, he held the position of President, U.S. Commercial at Aegerion Pharmaceuticals (now Novelion Therapeutics). Prior to those roles, Eric was VP/GM of the Cardiopulmonary BU at Bayer, Global Commercial Leader and VP of Marketing at GlaxoSmithKline and held senior marketing and sales roles at Johnson & Johnson.

Eric earned a Master of Business Administration from Pennsylvania State University as well as a Bachelor of Science degree from the University of Pittsburgh.

John joined Windtree in July 2020 with more than 30 years of financial leadership experience in the pharmaceutical, biopharmaceutical, and clinical research sectors. He brings broad-based experience in financial, administrative, information technology, and facility functions, in addition to his success in completing IPO and follow-on offerings for several pharmaceutical companies. John most recently provided consulting services to various life science companies, headed up finance at Trevena, Inc., where he was instrumental in successfully raising equity; NephroGenex, Inc., where he actively led the IPO and subsequent financial restructuring and sale of the company; Savient Pharmaceuticals, where he led a sale process resulting in $120 million in proceeds; and PharmaNet where he successfully completed its sale for approximately $250 million, which then became known as PharmaNet Development Group, where he directed financial and administrative operations for the company.

John received a B.S. in Accounting and Business and Computer Science from DeSales University and is a certified public accountant. 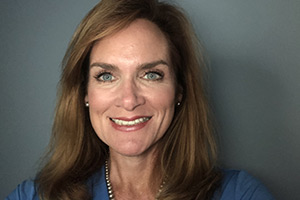 Diane brings over two decades of successful experience working in the life sciences and other highly regulated industries. She has built the legal and compliance infrastructure; led the legal, compliance, risk management and human resources functions; and served as a strategic business partner and General Counsel to several biotech and medical device companies. Diane mostly recently served as General Counsel and Secretary to Vitara Biomedical, Inc., an early stage spin-out of the Children’s Hospital of Philadelphia committed to transforming the lives of premature infants. Prior to Vitara, she served as EVP & General Counsel to Helius Medical Technologies, a publicly traded medical device company focused on neurological wellness; General Counsel to Ablynx, Inc., a public biopharmaceutical company which she helped shepherd though its successful sale to Sanofi in 2018, and Chief Corporate Counsel & Compliance Officer to Gamesa Technology Corporation, an international, public renewable energy company. Earlier in her career, Diane served as in-house counsel for the National Broadcasting Company (NBC); was an associate with the AmLaw 100 firm of O’Melveny & Myers, LLP; and served as a judicial intern for Judge Jane Roth in the U.S. Court of Appeals for the Third Circuit. 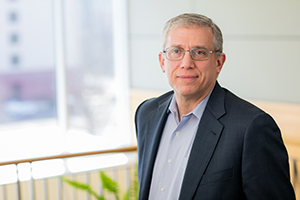 Larry was appointed Windtree’s vice president of medical device development in May 2014.

Larry brings over 30 years of respiratory medical device and direct experience with capillary-based technology, new product development, successful launch of several respiratory products, as well as operational excellence and quality assurance. Prior to joining Windtree, Larry served as president and chief operating officer for ALR Technologies, vice president of product technology at PARI, president of Hydrate, Inc., senior vice president of operations for PRE Holding, director of technology for DHD Healthcare as well as several roles of increasing responsibility with Cordis Corporation. Larry is a named inventor on over 20 U.S. patents. He is the author or co-author of over 20 published articles, abstracts and posters in aerosol drug delivery and respiratory humidification.

Larry received his masters of business administration and a master of science degree in industrial engineering from the University of Miami.

George Cox was appointed Windtree’s Vice President of Technical Operations in April 2008 and is responsible for the global manufacturing, quality and logistics of clinical drugs and supplies for the company.

Mr. Cox brings over 35 years of experience in global manufacturing, clinical supply and international cold chain logistics. Prior to joining Windtree, Mr. Cox served as Senior Director of Supply Chain for Auxilium Pharmaceuticals and at MedImmune, Inc. While at MedImmune, he was instrumental in obtaining government funding for the then pandemic preparedness. Before this position, Mr. Cox held various positions of increasing responsibilities at Rhone-Polenc Rorer Pharmaceuticals, Uniform Tubes and Proctor-Silex. His experience spans the pharmaceutical and biotech industries in small start-ups, as well as large pharma.

Mr. Cox earned his Bachelor of Science in Accounting at Villanova University.